RETROSPECTIVE: Little Village 1992 Self Titled Album via Reprise Records Is Worth Revisiting…

Little Village was an American/British supergroup formed 1991 including musicians Ry Cooder, John Hiatt, Nick Lowe and Jim Keltner. Since the records release it has grown to become one of our all-time favorite albums sounding as fresh as it did first spin in 1992. A must have on CD, Vinyl or Digital Collection. Each of the group’s members had previously worked on Hiatt’s 1987 album “Bring The Family” and formed the band while on break from their own musical projects. Little Village toured the U.S. and Europe in to support the album, but the group disbanded later that year. ★ 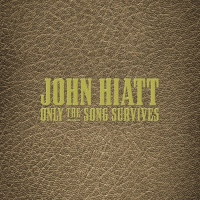