The album John Coltrane recorded with his Classic Quartet in 1964 released for the first time. Recorded between "Crescent" and "A Love Supreme" the album takes an unfamiliar direction for Coltrane, comprising revisions of his earlier work. In the year of 1964 National Film Board of Canada asked John Coltrane to record the soundtrack for a French-language film titled “Le chat … END_OF_DOCUMENT_TOKEN_TO_BE_REPLACED 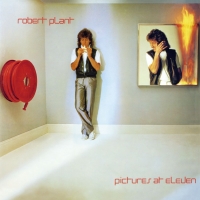